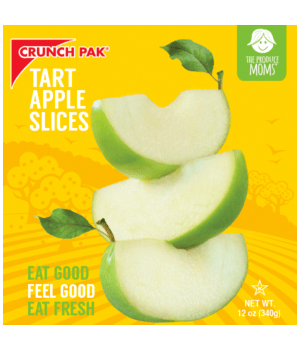 NO PURCHASE NECESSARY. A PURCHASE OR PAYMENT OF ANY KIND WILL NOT INCREASE YOUR CHANCE OF WINNING.

All details of the CRUNCH PAK THE PRODUCE MOMS Giveaway are determined by Sponsor in its sole discretion. Prizes are non­transferable and no substitution will be made (except as provided herein) at the Sponsor’s sole discretion. No substitution or cash redemption is allowed except by the Sponsor who may substitute a prize of equal or greater value if the advertised prize becomes unavailable.  Winner is responsible for all taxes and fees associated with prize receipt and/or use. Odds of winning the prize depends on the number of eligible entries received during the Promotion Period.